Skip to Main Content
It looks like you're using Internet Explorer 11 or older. This website works best with modern browsers such as the latest versions of Chrome, Firefox, Safari, and Edge. If you continue with this browser, you may see unexpected results.

Books in Our Library

A selection of relevant books from our library. For more books, search the library catalogue 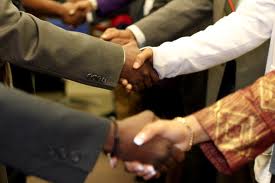 Australian Government Budget
Sets out the fiscal and economic outlook for Australia, and includes expenditure and revenue estimates for the current financial year, the budget year, and three forward financial years.

Australian Competition and Consumer Commission (ACCC)
Promotes competition and fair trade in the market place to benefit consumers, businesses and the community. It also regulates national infrastructure services. Its primary responsibility is to ensure that individuals and businesses comply with the Commonwealth competition, fair trading and consumer protection laws.

Fair Work Commission
Is the national workplace relations tribunal. It is an independent body with power to carry out a range of functions relating to the safety net of minimum wages and employment conditions; enterprise bargaining; industrial action; dispute resolution; termination of employment and other workplace matters.

AusIndustry
Is the Commonwealth Government's agency for delivering products, services and information that support industry, research and innovation.

Productivity Commission
Is the Australian Government's independent research and advisory body on a range of economic, social and environmental issues affecting the welfare of Australians and helps governments develop better policies.

The Australian Council of Trade Unions
The ACTU is the peak union body representing 46 affiliated unions and the interests of almost 2 million workers across Australia.

The Business Council of Australia
The BCA is an association of the CEOs of 100 of Australia’s leading corporations with a combined workforce of one million people. It was established in 1983 as a forum for Australia’s business leaders to contribute to public policy debates to build Australia as the best place in which to live, to learn, to work and do business.

The Conversation
This Australian site provides analysis and opinion articles written by academics. It provides a good Business + Economy section.

ABC Online
Access and search online versions and archives of ABC programs such as 4 Corners, Lateline, Foreign Correspondent etc. It also has a good business section.

Financial Review
An authority on business, finance and investment news in Australia,